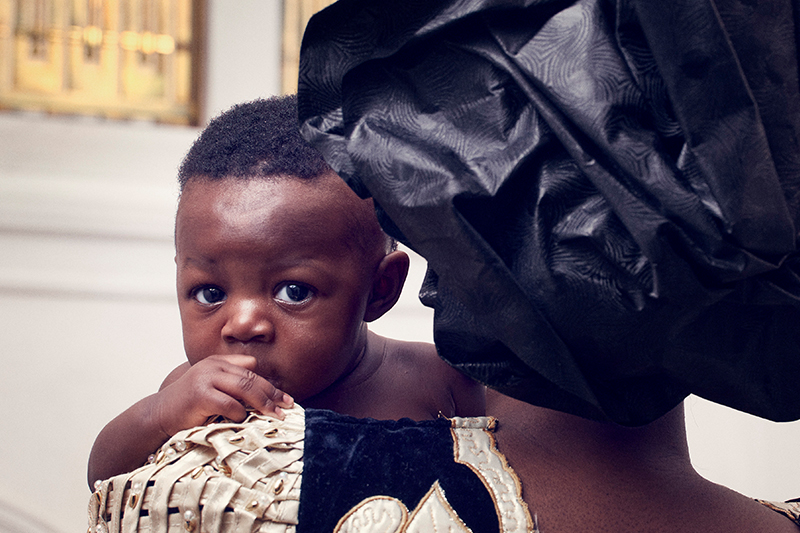 The collaboration between The National Black Theater of Sweden and The Royal Dramatic Theatre continues with the play Den omättliga vägen (The Famished Road). Two of Ben Okri’s acclaimed novels have been dramatized by British-Nigerian playwright Oladipo Agboluaje for the main stage at The Royal Dramatic Theatre. According to Okri, The Famished Road is a story about Africa’s resilience, beauty, generosity and its shortcomings and tragedy.

The world premiere will be April 22 at The Royal Dramatic Theatre in Stockholm, Sweden.

Den omättliga vägen is an African odyssey about Azaro, an Abiku, a spirit child, who is torn between wanting to live in the real world and the terrifying spirit world where he belongs. In the midst of his struggles in the ghetto where he lives with his parents, he is under constant treacherous attack from spirits who want him to return to their world.

– It’s a story of the resilience of Africa and it’s a story that turns around the perception, the very limited perception that we have of Africa. It changes that story from a two dimensional story of black and white, into a story of many colours, of the richness of Africa, of its tragedy, of its resilience, of its beauty, of its generosity, of its wisdom, of its flaws, says Ben Okri.

Ben Okri is a prolifically award-winning writer, born in Nigeria, who lives and works in London, UK. His works are often described as magic realism, where the African heritage and storytelling are interlaced, against a backdrop of the continent’s modern history. The Famished Road was Okri’s major breakthrough. It is the first book in a trilogy about the boy Azaro, and won the prestigious Booker Prize in 1991. The trilogy also includes Songs of Enchantment (1993) and Infinite Riches (1998). Oladipo Agboluaje’s dramatization is based on the first two books of the trilogy.

Oladipo Agboluaje studied theatre at the University of Benin in Nigeria and received his PhD on West and South African drama at the Open University based in the United Kingdom. His plays include The Estate, New Nigerians and Here’s What She Said to Me. He was the 2018/19 Writer in Residence at the National Theatre London.

The play is a co-production between The National Black Theatre of Sweden and The Royal Dramatic Theatre, a collaboration that began with Door of No Return – an evening in memory of the abolition of the Swedish transatlantic slave trade and Bergets topp (The Mountaintop) by Katori Hall, 2021.

The director Josette Bushell-Mingo OBE, is not only an award-winning director, but also an actress, singer and since 2021 CEO and principal of The Royal Central School of Speech and Drama in London, the first black woman in that post.